Welcome to the official Web site of the C.A.I.S.O. Steel Band. Stop by, listen to some music, learn about the history of our band and our current gigs, a nice place to be on the Internet. Professional (a.k.a Steel Pan) Musicians in Washington, DC, Maryland and Virginia.

Check back for updates.More public events will be posted soon.

Starting May 2014 Caiso performs at Clydes of Chevy Chase from 5pm to 9pm every other Thursday:

Check out our latest video from our Goodwill Tour for Military Troops in Kosovo. We have many happy clients from weddings and corporate events this summer. The trip to Kosovo was one of the highlights.

(as long as no rain in forecast)

checkout article from the Gazette about us: Caiso in the News

Our Calendar is open for Holiday Parties and New Years Eve.  Just to let you know.

Busy Summer of Fun and SteelDrums. 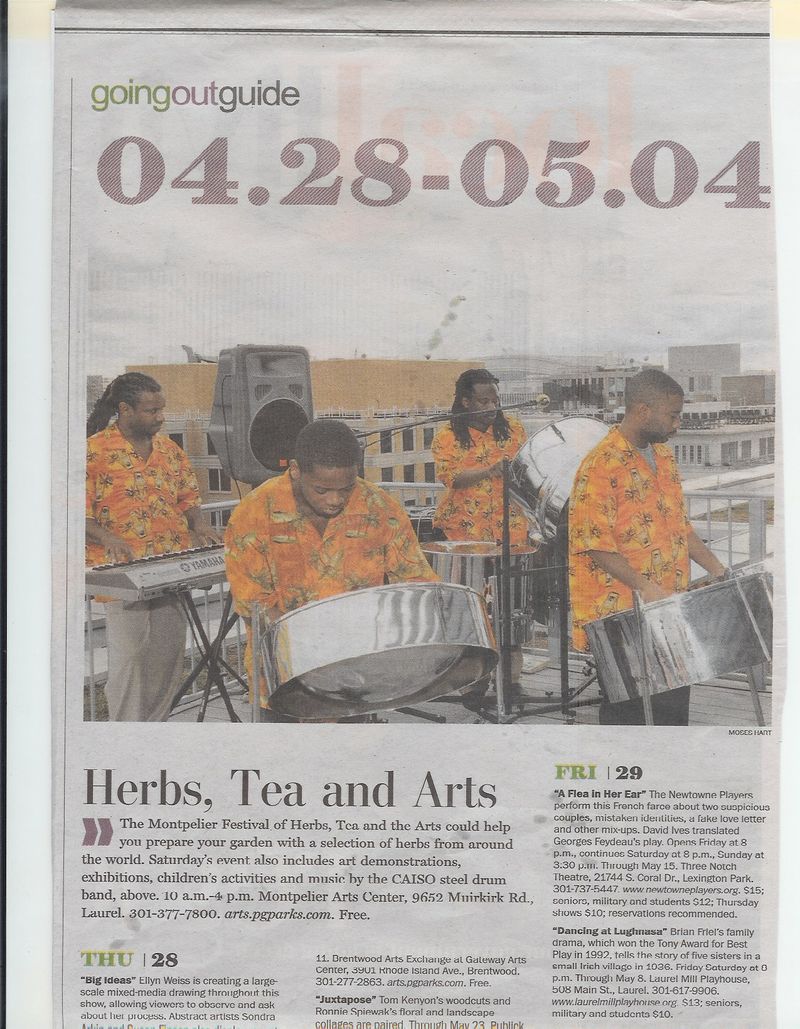 April 30- Montpelier Festival of Herbs, Teas and the Arts

Promote Your Page Too